Trovare is a gated community which is located in Newport Coast. The homes in Trovare  are condos. There are approximately 168 condos in the builder tract, and there are six different floor plans. The square footage for the floor plans range in size from 1094 square feet to 1742 square feet. There are only two floor plans which offer three bedrooms, and the other floor plans have two bedrooms.

Trovare in Newport Coast was orignally built from the time period from 1994 to 1996. There are some of the condos which do have ocean views, and there are some which have city lights and mountain views. Trovare offers a salt water private pool, spa, and fireplace for community gatherings. Trovare has private tennis courts for the sports enthusiast.

Currently, there is one active listing, two in back up, and there has been one sale since September 1, 2010 and that property sold for $565,000.

For more detailed information on the properties for sale in Trovare in Newport Coast, search the MLS below:

If you have any additional questions regarding real estate for sale in Newport Coast, please contact me. 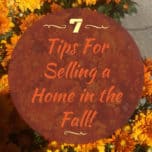